VielBiern
Major eBook Releaser
Jun 29th, 2021, 9:35 am
#8737967 by VielBiern
Truth Bombs: Confronting the Lies Conservatives Believe (To Our Own Demise) by Steve Deace
Requirements: .M4A/.M4B reader, 153 mb
Overview: Why do conservatives always seem to lose, even when Republicans win? With considerable firsthand experience in politics and an engaging, analytical perspective, Steve Deace provides the answer.

Why does the Republican Party always seem to betray conservatives in the end? How come leftists never worry some “squishy” moderate will win Democrat primaries, even though conservatives in the GOP are constantly fighting that battle? Why do GOP leaders typically fight the conservative base harder than they fight the Democrats? How did the left gain control of every major cultural institution in the country? Why does the Republican Party continue to fund (alleged) political enemies, such as Planned Parenthood? Is the GOP really the “the stupid party” or something much worse?

Deace answers these questions and more in Truth Bombs, a definitive expose on why conservativism has no future - if it remains hostage to the unibrow-party duopoly.
Genre: Audiobooks > Non-Fiction 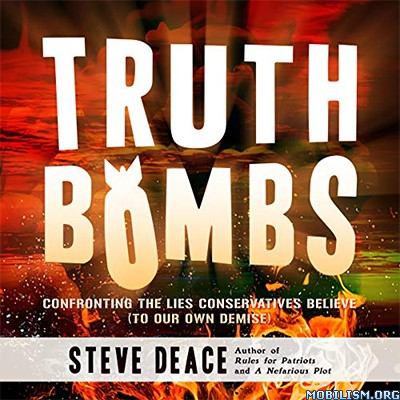 Trouble downloading? Read This.
Jun 29th, 2021, 9:35 am
"You don't have to burn books to destroy a culture. Just get people to stop reading them." - Ray Bradbury