stokerman
Ultra Releaser
Jun 29th, 2021, 10:29 am
#8738067 by stokerman
Gone for Soldiers by Jeff Shaara
Requirements: .MP3 reader, 268 mb
Overview: Having chronicled the Civil War in Gods and Generals and The Last Full Measure, Jeff Shaara casts his eye on the earlier proving ground of the Mexican War in his third novel, Gone for Soldiers. Although it secured the Southwest for a nation emboldened by Manifest Destiny, this two-year conflict has nearly faded into oblivion, eclipsed by the subsequent domestic dispute a dozen years later. Shaara's hallmarks--the deliberations of leaders and the brutal facts of battle--illuminate his engaging diversion into an oft-overlooked struggle in which men who would come to oppose one another fought under a single flag.
Genre: Audiobooks > Fiction > Historical Fiction 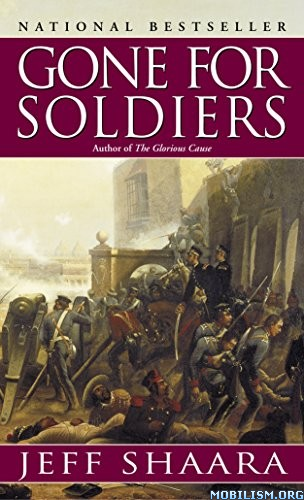