Clam Jam Clam Jam
Definition: the female equivalent of a cock block.
Example: You're chatting with a guy you're interested in and your friend comes along and lays claim to him.
Maggie
That's my life except it's worse. My friend who keeps jamming me is my gay roommate, and if that isn't a W.T.F. moment, I'm not sure what is.
Fact: He went home with three yes, three of the guys I had been so sure were into me.
Fact: He's really pissing me off. I mean, hello? I'm trying to get back in the saddle, but I'll never manage to get a boyfriend before the age of fifty if he keeps this up.
Fact: Secretly, I wonder what it would be like if he weren't gay. Why do all the hot, sweet, tender-hearted guys have to be gay?
Fact: My gay-dar needs a serious tune-up.
Ry
The day I interviewed for the room to rent, everything changed. I knew I had met the girl, except there was one small problem: she didn't want anything to do with men. I recognized a top-notch force field when I saw one. She'd been burned badly and didn't want to deal with a heterosexual guy as a roommate. I could've turned around and found another place to live, but I wanted to live there with her.
So I had to go undercover.
Fact: I'm in love with my roommate.
Fact: I'm a likely candidate for carpal tunnel surgery since all the action I've had for the past year has been my hand.
Fact: She's going to hate me if I come clean now.
Fact: I'm not giving up. Which means I'll just have to continue to run defense until I figure out a way to get Maggie to see the real me.
The me that loves her.
The me that would never do her wrong.
Until then, I'll keep running off every guy who shows any interest.
Until then, I'll continue to Clam Jam.

Blue Balls BLUE BALLS
Truth: A painful condition caused by a prolonged state of sexual arousal without release.
Myth: Only affects males.
SARAH
I’m beyond frustrated with the man who’s left me high and very far from dry. Multiple times. But, somehow, even though I’m not interested in a relationship, Mr. Tall-Dark-and-Handsome keeps me coming back for more—one crazy, sexual debacle after the next.
Come hell or high water, the stars will align, and the release will be out of this world.
JACK
I’m captivated with the woman who’s left me sixty-nine shades of blue, and she's only in this for one thing. The first time, I blew it—and not in the good way—but I’m going to ensure we finally see it through. I need to put an end to this “plague” of sexual calamities and prove to Sarah that we can have more.
It's time to grab the universe by the balls and show it who's boss.

HE LOVES ME…KNOT Sometimes love needs a second chance…
I never looked back after skipping out on my own wedding, even if it did leave me estranged from most of my family. Eight years later, I have the life I’ve always wanted. As an advertising account executive, my world is damn near perfect.
Until I come face-to-face with my past. With the man I once loved. The man who holds my future in his hands. The man who’s hell-bent on getting even with me for leaving him at the altar.
Even with all the unfinished business between us, I still love Knox Montgomery. The only problem?
He loves me…KNOT. 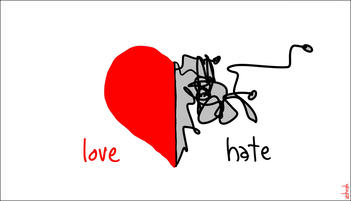