Schillerstrasse
VIP
Aug 6th, 2019, 6:47 am
#6712905 by Schillerstrasse
The Poppy War Series by R.F. Kuang (Book 2-3 )
Requirements: .ePUB reader, 3.5MB | Retail
Overview: R. F. Kuang immigrated to the United States from Guangzhou, China in 2000. She now studies Asian history at Georgetown University, where her research focuses on Chinese military strategy, collective trauma, and war memorials. She graduated from Odyssey Writing Workshop in 2016 and attended the CSSF Novel Writing Workshop in 2017. Her debut novel, The Poppy War, is the first installment in a trilogy that grapples with drugs, shamanism, and China's bloody twentieth century.
Genre: Fiction > Sci-fi/Fantasy 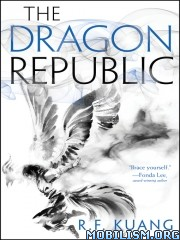 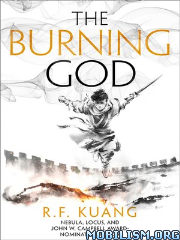 #2 - The Dragon Republic
Rin's story continues in this acclaimed sequel to The Poppy War—an epic fantasy combining the history of twentieth-century China with a gripping world of gods and monsters.

The war is over. The war has just begun.

Three times throughout its history, Nikan has fought for its survival in the bloody Poppy Wars. Though the third battle has just ended, shaman and warrior Rin cannot forget the atrocity she committed to save her people. Now she is on the run from her guilt, the opium addiction that holds her like a vice, and the murderous commands of the fiery Phoenix—the vengeful god who has blessed Rin with her fearsome power.

Though she does not want to live, she refuses to die until she avenges the traitorous Empress who betrayed Rin's homeland to its enemies. Her only hope is to join forces with the powerful Dragon Warlord, who plots to conquer Nikan, unseat the Empress, and create a new republic.

But neither the Empress nor the Dragon Warlord are what they seem. The more Rin witnesses, the more she fears her love for Nikan will force her to use the Phoenix's deadly power once more.

Because there is nothing Rin won't sacrifice to save her country . . . and exact her vengeance.

#3 - The Burning God
The exciting end to The Poppy War trilogy, R.F. Kuang's acclaimed, award-winning epic fantasy that combines the history of 20th-century China with a gripping world of gods and monsters, to devastating, enthralling effect. After saving her nation of Nikan from foreign invaders and battling the evil Empress Su Daji in a brutal civil war, Fang Runin was betrayed by allies and left for dead. Despite her losses, Rin hasn't given up on those for whom she has sacrificed so much – the people of the southern provinces and especially Tikany, the village that is her home. Returning to her roots, Rin meets difficult challenges – and unexpected opportunities.

While her new allies in the Southern Coalition leadership are sly and untrustworthy, Rin quickly realizes that the real power in Nikan lies with the millions of common people who thirst for vengeance and revere her as a goddess of salvation. Backed by the masses and her Southern Army, Rin will use every weapon to defeat the Dragon Republic, the colonizing Hesperians, and all who threaten the shamanic arts and their practitioners. As her power and influence grows, will she be strong enough to resist the Phoenix's voice, urging her to burn the world and everything in it?

Thank you for clicking thank you

intoupload.net is currently down. Please be patient

Thank you for clicking thank you