Any sports games except racing games 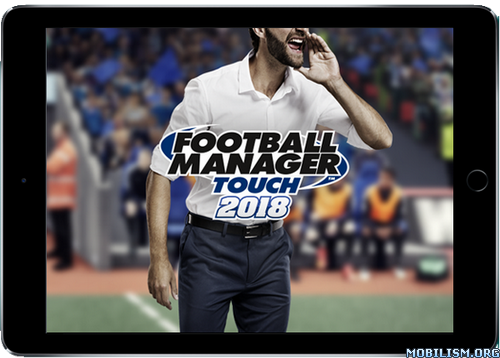 Football Manager has long been acclaimed as the most realistic simulation of football management available. ‘Touch’ offers a similar level of realism, but is a much speedier route to the digital dugout - enabling managers to whizz through the seasons, aided by the ‘Instant Result’ match simulation feature.

You’ll get the full depth and power of Football Manager’s world renowned database with up-to-date player data on all the world’s best footballers, enabling you to sink your teeth into the transfer market. All the big teams from around the world are included and there’s over 130 leagues to try your luck in.

NEW FOR THIS SEASON..

REVAMPED SCOUTING
Play the transfer market like never before with this fresh and immersive approach to scouting.

MEDICAL CENTRE
Deeper analysis and support from your backroom staff should help you avoid those niggly injuries.

BARGAINING POWER
A wealth of new clauses and transfer options arm you with more ways than ever to finalise that blockbuster deal.

NEW PLAYER ROLES AND TACTICAL IMPROVEMENTS
Tactical development is now slicker than ever before, steering you towards your strengths by highlighting your weaknesses.