Mainstream fiction, from all-time classics to contemporary novels
Mememe45
Jul 1st, 2021, 9:11 am
#8743946 by Mememe45
Crane Pond by Richard Francis
Requirements: .ePUB reader, 1.3 Mb
Overview: Usually told from the perspective of the victims, the Salem Witch Trials are a forever story. The vestiges of a particular strain of American social hysteria remain with us even today. In Crane Pond, Richard Francis reveals a side of the history that is not often recounted, as he skillfully constructs a portrait of Samuel Sewall, the only judge to later admit that a terrible mistake had been made.

In a colony on the edge of survival in a mysterious new world where infant mortality is high and sin is to blame, Sweall is committed to being a loving family man, a good citizen, and a fair-minded judge. Like any believing Puritan, he agonizes over what others think of him, while striving to act morally correct, keep the peace, and (hopefully make time to) enjoy a hefty slice of pie. His one regret is that only months before he didn't sentence a group of pirates to death. What begins as a touching story of a bumbling man tasked with making judgements in a society where reason is often ephemeral, quickly becomes the chilling narrative we know too well. And when public opinion wavers, Sweall learns that what has been done cannot be undone.
Genre: Fiction > General Fiction/Classics 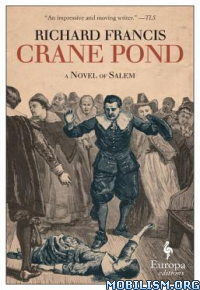