Armada by Ernest Cline (an Anti-Recommendation) 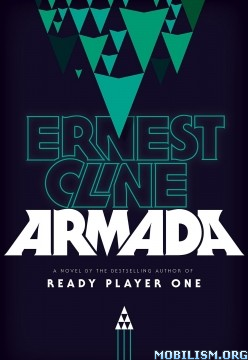 Finishing this novel can probably be attributed to some inexplicable and subconscious desire to seek out my inner masochism. There are enough moments in this novel where I honestly feel like it's time to put on a rubber suit and have someone suggestively whisper "bring out the gimp" with all its attendant, unpleasant implications as The Revels' "Comanche" ominously fades in with its savage horn and staccato rhythm.

For context: Ernest Cline’s début, Ready Player One, is relatively enjoyable if insubstantial. Going into it tabula rasa provides a gimmicky but enjoyable cavalcade of 1980’s pop-culture references. While considerable, the references don't feel overwhelming, and their incorporation into the story is unexceptionable. But the hook would have no meaning without the somewhat plausible dystopian scenario presented, or the straightforward and well-paced plot.

This sophomore effort is embarrassingly devoid of all these qualities. It’s the same gimmick a second time around, but executed with far less skill and an overload of enthusiasm in its ramped-up frequency of pop-culture references, all of which makes it unremittingly contrived. Perhaps an exaggeration, but it certainly feels like nearly every other sentence alludes to something or the other, and this non-stop barrage gets so very tiring. The allusions no longer serve the story but are merely there for their own sake, a self-indulgent affectation, e.g. the overlong list of unfamiliar game titles running for pages at one point for no purpose other than to indicate the author's gaming credentials.

Most egregious of all is the ludicrous plot that takes video-gamer wish-fulfilment to farcical heights in a desperate attempt at vindication from mainstream society’s perception of aggregate gamer-geek culture. One conspicuous example is a paper-thin love interest as pop-culture savvy as the protagonist, both of whom quickly descend into trite exchanges of quotes as a proxy for meaningful conversation—the understanding of each reference is a measure of cool, you see. She’s hot as hell with an encyclopaedic store of SF film quotes, and a kick-ass gamer to boot. And when you think it can't get any more banal, there is the instant elevation of gamers to military ranks based on gaming skill when conscripted into a clandestine, world-wide, Hydra-like organisation set up to oppose forces bent on humanity’s destruction. This being an obvious attempt to have the hundreds if not thousands of hours spent on the past-time instantly exonerated by giving it practical utility with actual, real-world stature (older, hardened, experienced military personnel must suddenly salute and obey shit-for-brains, pimple-faced teenagers). There’s even a very telling bit where the character reflects something along the lines of: see, video games weren’t a total waste of time. All of this comes through as an even more overt example of author self-insertion than with his first novel, where the protagonist is Cline’s Mary Sue surrogate in an ultimate quest for wish-fulfilment: he is the gamer-nerd saviour of the world; he is the absent but ultimately vindicated hero-father; and he is also to some extent the super-hot, super-cool single mother. Talk about an exercise in exhibitionist masturbatory fantasy.

Cline also proves himself a one-trick pony with this novel, where the gimmick of pop-culture references from his début, once seen, loses all flavour and originality on second viewing. It doesn’t work even if generously taken as a self-aware farce (which it isn't) with its forced annexation of the current, pop-culture Zeitgeist. Perhaps it could have worked as fluff entertainment, but the badly drawn, bland characters—all of them automated cyphers with obvious roles to play, from the parents and love interest, to the two best friends whose only purpose is to dole out even more tiring nerd-culture references—juvenile dialogue, and a vapid, puerile plot precluded that possibility. It's a dull mystery with an insipid pay-off and a hackneyed attempt at some obligatory, virtue-signalling point concerning our species' propensity to violence that's as insubstantial as the rest of the novel that precedes it. It fails in its attempt at adolescent wish-fulfilment precisely because of its over-the-top nature, and it's boringly derivative as a cash-grab endeavour following the positive reception of his previous novel based off the surge in "geek culture" over the last decade.

Don't waste your time with this book. I read it by rote, merely to finish, a chore analogous to cleaning out the funky gunk and deposits in a shower drain at a Depression-era retirement home. All it does is confirm Cline's début to be a fortuitous accident that rode the culture wave to success. Instead, read Ender's Game (1985, revised 1991) by Orson Scott Card, and watch The Last Starfighter (1984) directed by Nick Castle (it's the "sci-fi" film whose plot is more-or-less ripped off by Cline for this story). The only positive to this book is the cover’s retro design. The rest of it would serve better as kindling in a barbaric, post-apocalyptic world inhabited by anthropophagous boys and their erudite, canine companions.
Apr 25th, 2021, 9:56 pm
tardisriversong
VIP
Apr 29th, 2021, 9:50 pm
#8567507 by tardisriversong
While I understand your points and respect your right to this opinion, I just want to tell anyone who reads this that I loved this book. If you go into this looking for a deep and complicated fantasy novel, I agree that you won`t find that here. On the other hand, if you want a light enjoyable read, this book is great. The story is creative and it has a nice flow. I would say it`s the perfect poolside book for any sci-fi fan.
Apr 29th, 2021, 9:50 pm
whatmepanic
May 4th, 2021, 4:25 pm
#8580785 by whatmepanic

tardisriversong wrote:I would say it`s the perfect poolside book for any sci-fi fan.

The story is decent enough right until the point where the MC gets scooped up by the military. After that things kind of crawl along until the climax unfolds into a series of rushed events in a desperate attempt to end the story.

Both Armada and RPO suffer from a lack of interesting or distinct characters. Rather than fleshing out the cast of these books, Cline opts for a cast of diverse one dimensional stand ins. The protagonist of both these books might as well have been the same person and the love interests of both contribute marginally to the plots.

But honestly the real problem with Armada is that it seems to have been written without an audience in mind. In this book you will find adult themes, drug use and sex, but with a plot that would fail to satisfy a reader beyond a fourth grade reading level.

For me it was worth a listen and I would recommend it to those who enjoyed RPO, but by no means is it a great book.
Jun 9th, 2021, 2:55 pm
sscout
Jun 29th, 2021, 1:25 am
#8736978 by sscout
I mean, if we're going to trace theft you have to go back to George Lucas stealing the references from this book, from Akira Kurosawa.
I'm still going to consume this for the nostalgia but I'm not sure if I should read the books or watch the movies...
Definitely not doing both anymore.
Jun 29th, 2021, 1:25 am
Please do not comment, pm me with the mobilism link if you want a re-upload.