The Music in Her by Elora Healey (.MOBI)

Chick lit, historical, contemporary, fantasy, time-travel, paranormal romance
mad.donna
May 1st, 2016, 6:56 pm
#3491815 by mad.donna
The Music in Her by Elora Healey
Requirements: MOBI Reader, 254.95 KB
Overview: When Tina stepped on stage that night, she never expected the wild ride she was about to go on.
Tina strives to make it big. When she stepped on stage at her debut show, she could hear the crowd going wild. But there was one man who cared more than anyone, and that was Kent Johnson of Braxton Talent.
But Kent Johnson had another thing coming. He found out that Tina is the sister of his late girlfriend Pamela, a woman who suffered a bad accident and ended up passing on. Kent is still torn between those feelings and the will to move on, and despite Tina’s efforts, it becomes hard for him to.
But they both start to get closer, and as they fall for one another, they know that they can’t let these feelings go away. Will the two of them be able to move on and realize their true feelings before it’s too late?
Genre: contemporary Romance 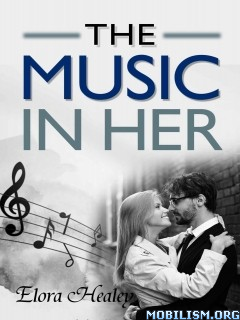