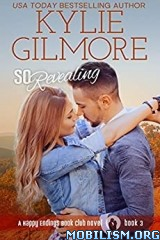 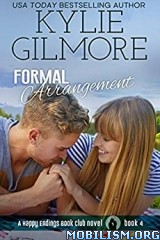 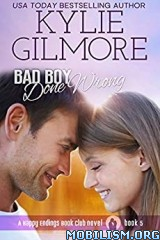 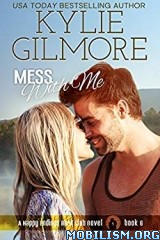 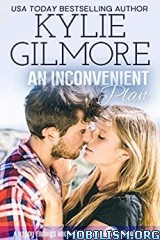 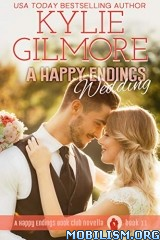 Inviting Trouble (#2): A best friend's little sister romance...
Madison Campbell has worshipped her older brother’s best friend Parker Shaw for as long as she can remember. So the night before he leaves for the Air Force, she decides he’s leaving town with her virginity. All she has to do is transform her tomboy self into a sexy woman with a bit of borrowed makeup and some creative fashion choices. The results? One drunken kiss that Park doesn’t even remember.

Ten years later, no man has ever gotten close to her heart the way Park did. And now that he’s back, the very unfeminine Madison refuses to blow her second chance. But when her bold attempts to snag his attention (“Oops! Dropped my towel.”) fail miserably, she does something completely insane—she caves to a makeover from the meddling matchmaker in charge of The Happy Endings Book Club. Hey, Park, you want some of this? Madison is about to find out.

So Revealing (#3): The last thing Charlotte Vega needs is a cocky HOT stuntman like Ty Campbell in her life. But when he pulls the ultimate stunt—a sexy romantic gesture that ends with a charming invitation to a sunset dinner cruise—she finds him impossible to resist. Cue disaster.
Their rocky first date goes from bad to worse when his yacht (okay, it’s actually borrowed) gets stranded in deep mud. Turns out there’s nothing Ty can do but wait hours and hours for high tide with no power, no way to cook dinner, and a hangry sexy-as-hell woman.
But Ty is determined to salvage the date so he starts a game to pass the time. Only what Ty learns makes him realize he may have just botched a date with the perfect woman. How will he ever win her now?

Formal Arrangement (#4): Lauren Bishop has her whole summer planned out—working as a nanny for a desperate single dad and finding the elusive Mr. Right. She even signed up for the local matchmaking guru’s Make Love Bloom (TM) service end-of-summer guarantee! But somehow her plans got derailed because now she finds herself longing for her emotionally unavailable employer.
When his two-year-old’s molars turn his little sunshine into a demon from hell, single dad Alex Campbell finds himself longing for the simpler days of teddy bear picnics. This is a parenting nightmare! Then sweet Lauren drops into their life like an angel sent from above. Alex doesn’t do relationships, which is why he turns down every woman who comes his way, but he can’t afford to lose this nanny. Can he convince her to stay even though she’s looking for the one thing he can’t give her?

Bad Boy Done Wrong (#5): Good girl nurse Carrie Young only has to catch one glimpse of bad boy Zach Harrison with his wild hair, full beard, and hooded eyes to know he’s exactly what she needs to get over all those wasted years with a repressed and controlling ex. Full seduction ahead!

Only the next morning, her bad boy doesn’t disappear after having his wicked way with her and he’s making her breakfast! What the fudge! Did she do the bad boy thing all wrong?

Zach’s no dummy. He knows a good thing when it falls into his lap. And if that means pretending to be a bad boy, he’s game. No harm in a little role play, he figures. Besides, his work as an anthropologist will soon take him overseas. He’s destined to be a lone wolf forever—near the action, not embroiled in it—great for his career and for ruining relationships. In the meantime, there’s one naughty girl in need of a bad boy and he aims to please.

Mess With Me (#6): Ally Bloom attends her college reunion on a mission—a second chance with her first love. Turns out he’s single and…not interested. Their love is doomed! But when Ethan Case, the sexy cop friend of a friend, finds her crying in her spiked punch, he invites her for coffee with his date. Knowing he’s taken and she doesn’t need to impress him, Ally blurts the entire sucky men saga that is her love life.

But wait! There he is at her Happy Endings Book Club meeting.
And pulling her over for speeding.
And in her classroom to talk to the kids about safety.
Is the man just messing with her, or is this the beginning of something real?

Resisting Fate (#7): Is fate playing matchmaker? Missy Higgins wasn’t looking for a man yet everywhere she turns sexy Ben Wright pops up. A harmless flirtation, nothing more, until Ben wanders into the Christmas craft bazaar just as her horrible ex appears. It’s Ben to the rescue as her fake boyfriend with a scorching kiss that leaves her breathless and weak in the knees. Mind. Blown. Though she insists it’s a one-time thing. But when Ben shows up just as she’s getting fired and offers her a holiday job she desperately needs, she has to wonder if fate might be telling her something. Like screw professional boundaries, give in to uncontrollable lust, and let a man into her heart. How can she resist fate when Ben is irresistible?

Chance of Romance (#8): When relationship counselor Sabrina Clarke gets a wedding invitation from the jerk who left her a jilted bride, she writes a scathing article on commitment-phobes that catapults her practice into the spotlight. But the publicity leads to unwelcome attention from a competitor who slams Sabrina for being single. And, hello, stupid mistakes! Sabrina panics in the middle of an interview and claims she’s in a relationship with the friend she secretly lusts for — Logan Campbell.

Steamed is an understatement when Logan’s long-distance relationship is derailed the moment Sabrina announces they’re a couple on TV. Way to throw him under the bus! The pressure’s on as Logan heads to California to repair his shaky relationship and navigate investor meetings for his tech company.

Sabrina knows she’s got to undo the damage, but when she meets the rotten cheating apple of Logan’s eye, she knows there’s only one thing for her to do… make another stupid mistake.

Wicked Flirt (#9): When event planner Lexi Judson finds herself unemployed and desperate for work, she approaches the last man she’d ever want to do business with: smoking hot Marcus Shepard, bar owner and legendary player. But desperate times call for networking with panty-melting man candy. The good news? He says yes to hiring her for a fantastic event. The bad news? The job comes with some incredibly uncomfortable strings. Lexi thinks she can handle it, until Marcus changes the rules and asks for far more than she bargained for. The man is wicked, dangerous, unrelenting. The absolute worst. He wants to romance her.

An Inconvenient Plan (#10): Hailey Adams’s strategy for a hugely successful wedding planning business is finally paying off, and now it’s time to focus on her own happy ending. After a stinging rejection from her sexy frenemy, Josh Campbell, a prince falls into her lap. And he’s a swoony, romantic contrast to the gruff bartender she can’t seem to quit.

Josh’s plan to keep his distance from Hailey is derailed when competition shows up in the form of a playboy prince. It’s one damn inconvenience after another as Josh has to show up a prince, win over Hailey’s rat-dog who hates him, and get Hailey to stop fighting with him long enough to see they belong together. Impossible woman!

Can these longtime frenemies let down their defenses in time to discover their own happy ending? Or will Hailey be swept off her feet by a fairy tale come true?

A Happy Endings Wedding (#11) Hailey Adams and Josh Campbell are finally tying the knot! Not only are they launching the new destination-wedding venue on Villroy Island, two major bridal magazines are documenting every detail. Hailey, an up-and-coming wedding planner, is determined to make her wedding the perfect wedding right down to coordinating her canine fur-babies’ outfits.
Except there seems to be a teensy problem with the wedding gown—there isn’t one.
And the rings have disappeared.
And somehow the wedding venue was double-booked.
Things go horribly downhill from there. With Hailey and the wedding falling apart at the seams, it’s up to Josh to put it all back together. What does a gruff former soldier know about weddings? Hailey is about to find out.