oldtart26
eBook Moderator
Aug 8th, 2018, 10:04 am
#5719746 by oldtart26
The FuBar Series by Jess Whitecroft (Books #1-2)
Requirements: .ePUB reader, 330 kB | 427 kB
Overview: Jess Whitecroft was born and educated in the UK, where she was once voted 'Most Likely To Think That Writing A Romantic Comedy About Bigfoot Is A Good Idea'. After serving an apprenticeship with the late, great Black Lace books, and after many genres and many pseudonyms, she returned to romance, with a fondness for telling unconventional stories about unconventional lovers.
Genre: Romance MM 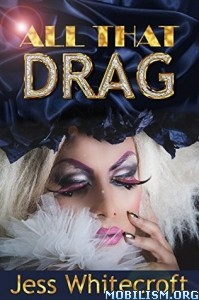 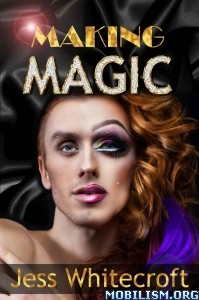 All That Drag (#1)
When Adam’s college boyfriend Ryan refused to come out for him, the breakup left Adam so devastated that he invented an alter-ego to cope. Whenever he puts on the wig, the lashes and the heels and becomes acid-tongued drag queen Bunny Boyle, Adam feels invincible – ‘a superhero in lipstick and Spanx.’
Fast forward over ten years and Adam is running a failing drag bar in Pittsburgh. Gnawed by financial woes, not even Bunny can save Adam from the increasing loneliness and anxiety he feels, a situation not improved when he walks in on Ryan – now a high school athletic coach – boning Justin, the bartender.
And Ryan’s still in the goddamn closet.
As Adam’s mental meltdown approaches Arctic proportions, Ryan finally kicks open the closet door, forcing them to confront the feelings they thought they left behind over a decade ago. There’s just one small problem – Ryan’s no longer single.
Bed-hopping, beaded lashes and scandalous behavior – it’s all here in this raunchy comedy about second chances, true love and the vital importance of looking sickening.

Making Magic (#2)
Sweet, helpful, sympathetic – both in and out of drag Stephen Walsh (aka Helena Montana) plays Disney princess to his best friend Bunny’s snarling Ursula, the Blanche to his Baby Jane.
But like so many Disney princesses, Stephen has dark origins. Violent drunks, thieves, liars, cheats – he’s had them all and had his heart broken so many times that he’s decided it’s easier to remain single, even if some days the loneliness is unbearable.
Then one day he walks into the local magic store and meets the owner’s nephew. Newly arrived from San Francisco, Hu Chen is shy, thoughtful and a perfect gentleman, so different from Stephen’s usual type that the attraction between them catches both of them by surprise.
As their flirtation blooms into a hot summer fling, Stephen is forced to confront his painful past, and face the frightening possibility that it has left him too broken to learn how to love a good man.
This full length novel (80,000 words) can be read as a standalone or as a sequel to All That Drag.