Good Whatever all...
Busy Busy Busy... getting ready for my trip and the daughter's surgery
Not enough time in the day
Well, there is always time for

Pj how did you go at the drs

fingers crossed for you

Time to feed the family and call it a night
Night bear and Ice :Good night all 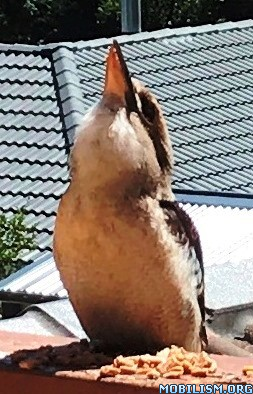 Good evening, everyone. Welcome aboard, skywalk.

matina and Katy, I'll write more later about my various tests and results, but I had to have a CT scan this afternoon and track down (successfully) my lost carotid ultrasound results from ten weeks ago. So on my I'll visit my GP again will probably have to wait a minimum of 3 weeks to see a cardiologist.

Rishi's eye is looking very good now. I'm going to try to take a photo of her with both her eyes wide open.

How are you all today?

John, congrats to your mother! How wonderful!

PJ, that kookaburra pic should read: "Why, yes, I'm fabulous!"

Can anyone convince Nonny to drop by?

Ice, Bear, Hija, the contest keepers, how are you?

I feel like snagging that bar GIF from John, but that'd be rude, so I'll just wait here.

To everyone else: I hope that you have a lovely week. 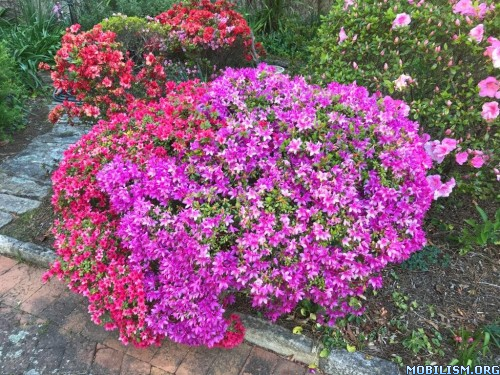 Good morning everyone . . . matina and Katy, Alessa and Star.

Lining up my various medical appointments today, and getting ready for my son's arrival early this evening. We won't drive down to Queanbeyan until early Friday morning. Hard to find a cardiologist without a long waiting list for appointments.

Star, am waiting for the NBN technician to arrive this morning. He's due between 8 am and noon. Will let you know how it goes. 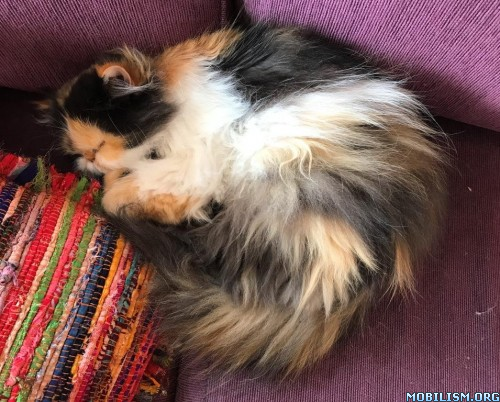 hi Ada I guess your in bed by now

what type of flowers are they

Good luck with everything Pj will be thinking of you

Morning Matina all ok here being eaten out of everything tho

Hugs to you xo. Hi star

Evening to bear and ice hope your both well

matina
VIP
Oct 3rd, 2018, 2:09 am
#5867681 by matina
I am home again!
PJ i am feeling a bit better thank you, but still very tired & in pain. The chop and change of the weather isn't helping nor is the fact that the steroid treatment has stopped, so i am in a whole other world of pain. I wish you luck in getting a cancellation for the cardiologist.
katy enjoy your time with grandson is your granddaughter with you too??

https://i.ytimg.com/vi/JsQs5x5xbQY/maxresdefault.jpganyone know the actors in this and where else they played? (tv show) it is doing my head in every-time i watch the commercial

sorry matina, I can't help you with that one.. I don't watch much TV anymore

someone hasn't won the lottery yet so I can retire

katy and Ice i hear you i hear you!!! x lotto or bust (bust is looking more and more like it everyday)
Yo Brooklyn where are you?? are you OK haven't seen you here in a while i hope all is well. check in when you have a minute

pjmpjm
Spam Helper
Oct 3rd, 2018, 4:56 am
#5867978 by pjmpjm
Star, NBN man has come and gone. He was really great . . . told me that he fixed a connection up at the local NBN node, that should cure any future drop-outs, then went down into the garage and under the house and tidied up all the telephone wiring there, that runs up into my upstairs living room. Average speed is now up to 23 (down) and nearly 7 (up). That's still only half of what iiNet promises (46), but is a good improvement. Colin's parents migrated from Vietnam during the war, via Hong Kong, but he was raised in Camperdown. A very nice guy and hard-working . . . a few years younger than my son (who will arrive in about four hours).

matina, am hopeful you'll soon put all these illnesses behind you. You're too young to have to suffer through so many problems. Sending lots of good wishes.

John, good wishes going out to your daughter too. Am sure she'll soon be on the mend (and, unfortunately, back in Guam, I guess).

Katy, I thought those flowers were azaleas but will have to check. I have lots around my house too, plus rhodos. All the leaves are coming back now. My oak tree (planted on my 60th birthday) is always the last, but it's now coming along nicely. 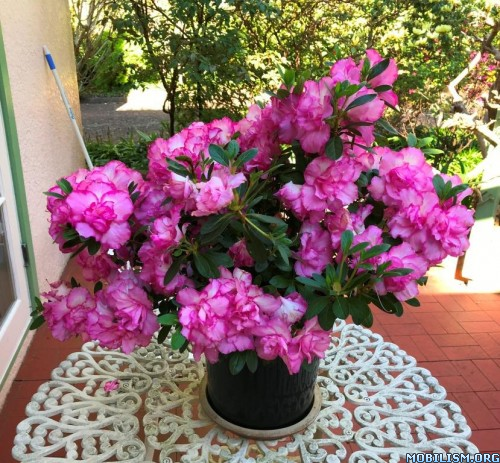 Visited my 84-year-old friend and neighbour yesterday and snapped this shot.

Looks like I'll be travelling with my son most of the day Friday and attending my late friend's funeral. Just received a phone call informing me that I'll be the first speaker. I have ten minutes . . .