joygourda
Major eBook Releaser
Inactive Poster
Aug 9th, 2019, 1:09 pm
#6722207 by joygourda
The Last Cambridge Spy: John Cairncross, Bletchley Codebreaker and Soviet Double Agent by Chris Smith
Requirements: .MP3 reader, 415 MB
Overview: John Cairncross was among the most damaging spies of the 20th century. A member of the infamous Cambridge spy ring, he leaked highly sensitive documents from Bletchley Park, MI6 and the Treasury to the Soviet Union—including the first Atomic secrets and raw decrypts from Enigma and Tunny that influenced the outcome of the Battle of Kursk. Based on newly released archival materials, this biography will be the first to cover the life and espionage of this singularly important spy.
In 2014 Cairncross appeared as a secondary, though key, character in the biopic of Alan Turing's life, The Imitation Game. The result was considerable negative reaction within the national press. Despite this clear interest, the function filled by Cairncross remains an untold story. Where all of the other members of the Cambridge spy ring have been the subject of extensive biographical study, Cairncross has largely been omitted by both academic and popular writers, and no biography has yet been penned of his life.
Genre: Audiobooks > Non-Fiction 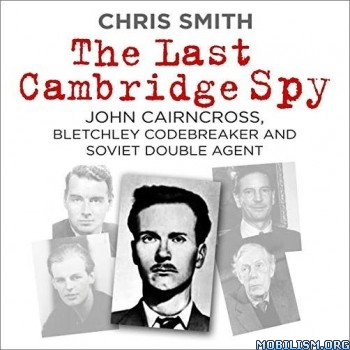 New Release only, please. No mirrors.

If you create a new release, post a reply in this old one that says "New release: (Link to the new post)"

If my links are dead, please send me a PM.
Click the THANKS button if you like my releases. ❤
For Dutch books, search DUT in the search bar.