trojan-killer
Inactive Poster
Jun 23rd, 2015, 1:58 pm
#2761351 by trojan-killer
Unexpected series by Chris McHart (#1-3)
Requirements: .ePUB .MOBI .PDF Reader | 5.1 MB / 1.2 MB
Overview: Chris lives in Germany, together with her husband, slave, Dom, partner in crime, and muse (all in one person, not even she's that kinky!). She loves her husband, men in kilts and Scotch Whisky. Her idea of a perfect evening is to curl up with her laptop and write (the other options are not suitable to post them in public).
Genre: Romance MM 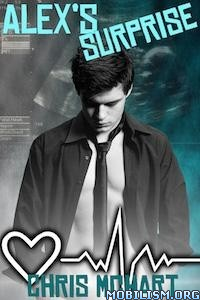 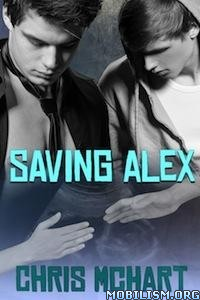 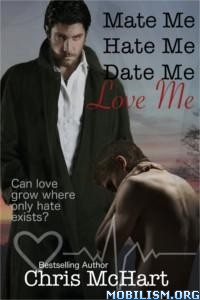 Alex's Surprise (#1) Alex wanted a night of hot passion with Gerome, but he gets more than he ever bargained for. His life will be changed forever in a world where he’ll be thrown in jail— or worse— for being pregnant.
Alex’s best friend, Sam, has been acting strange ever since he met Alex’s one-night stand, but now Alex needs help in order to hide, and Sam is his only hope.

Saving Alex (#2) Not only is Alex pregnant, something punishable by jail time, but Gerome, the father of the baby, is a vampire prince. When strangers invade Alex’s home and kidnap him, he doesn’t know who is responsible, if he’ll ever see the man he loves again, or even get to see the child growing inside him.
Considering himself the father of his lover’s child, Sam has a hard time standing around and letting others plan Alex’s rescue. But when the Prince and his trackers find an important clue, the race to save his beloved is on. Now all he can do is cross his fingers that the scheme they’ve devised will work.
When Prince Gerome receives ransom demands, the instructions are clear: mate a complete stranger or he’ll never see Alex or the child he carries again. Will he be able to convince his newly intended to help, or will those seeking to dethrone his family win this evil game of blackmail?

Mate Me, Hate Me, Date Me, Love Me (#3) When his father, King Harold, forces Prince Gerome to mate a complete stranger in order to save his unborn child, he complies with a heavy heart and says goodbye to all his dreams of finding love. Gerome’s hurt and treats his mate the way he’s been taught all his life: through power and submission. But with Luis, it doesn’t work.
When Luis is mated off to a stranger, his world ends. He was a carefree student one day and the next a vampire prince demands his submission. He can’t run, but he can hide and hate in silence. So he withdraws until only a shell remains.
Neither of the men has any chance of finding love together until a friend intervenes. Can Gerome forget what he’s been taught all his life, and is it possible for Luis to forget what’s happened to him? Will they ever find their own happy ending? Or can love blossom where only hate exists?