citizen4
Major eBook Releaser
Aug 8th, 2018, 11:53 am
#5719934 by citizen4
Labor of Love by Mary Manners (Sins & Virtues #4)
Requirements: .ePUB, .PDF reader, 1.9 Mb
Overview: Addy Shaw lost her husband to a heart attack only months after they bought their dream house in the country. Together, they had plans to turn the hundred acre ranch into something profitable. But now, Addy's heart feels as barren and raw as the unworked land that surrounds her. Angry and bitter, Addy is determined to never let anyone close enough to make her hurt again. Jace Baldwin gave up his quest for the perfect eight-second ride after an accident nearly claimed his life. He's turned his sights to ranching, and, at only thirty-six, is considered one of the youngest experts in the horse industry. Jace spends his days working his family's land and wondering how he might acquire the rich and untapped neighboring land from elusive Addy Shaw. When an unexpected turn of events leads Jace to Addy's doorstep, he's torn. Helping her turn her land to the good will mean bypassing the sale he desires. But Addy's need and that of her son, Garrett, waken tenderness in Jace's heart that he cannot deny. And when Addy confides in Jace a troubling secret held tight to her heart, he wonders whether the turn of events will bring him and Addy closer together or shatter any hope they might have for a future, together.
Genre: Fiction > Romance 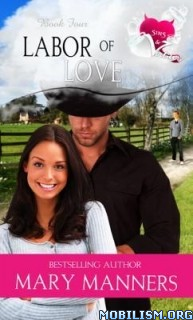